Marijuana has long been known as a potent and effective aphrodisiac. Regular users of the previously illegal plant would readily confirm that having sex when you’re under the influence of weed is mind-blowing. With the curative and therapeutic qualities of cannabidiol (CBD) out in the open, some people can’t help but wonder if CBD can also correct sexual inadequacies particularly erectile dysfunction.

CBD is a natural compound

Let us put things in perspective and approach this ticklish issue with caution. Aside from the euphoric feeling and increased appetite, marijuana can also enhance sexual arousal or sexual desire. But that is attributed to the presence of tetrahydrocannabinol (THC) or the chemical that is mainly responsible for most of marijuana’s psychoactive effects mentioned.

Thus, it would be best to isolate CBD and make a distinction with THC first. THC and CBD are the natural compounds found in marijuana. While the chemical structures of the two are similar, CBD is non-psychoactive and does not produce the euphoric or “high’ effect in a way THC does.

It is for this reason that between these compounds, CBD is presumed to be safer because it has less or lacks the side effects often associated with THC. But since the topic is finding out on whether CBD possesses the power to treat sexual inadequacies, the discussion will be limited in this context. 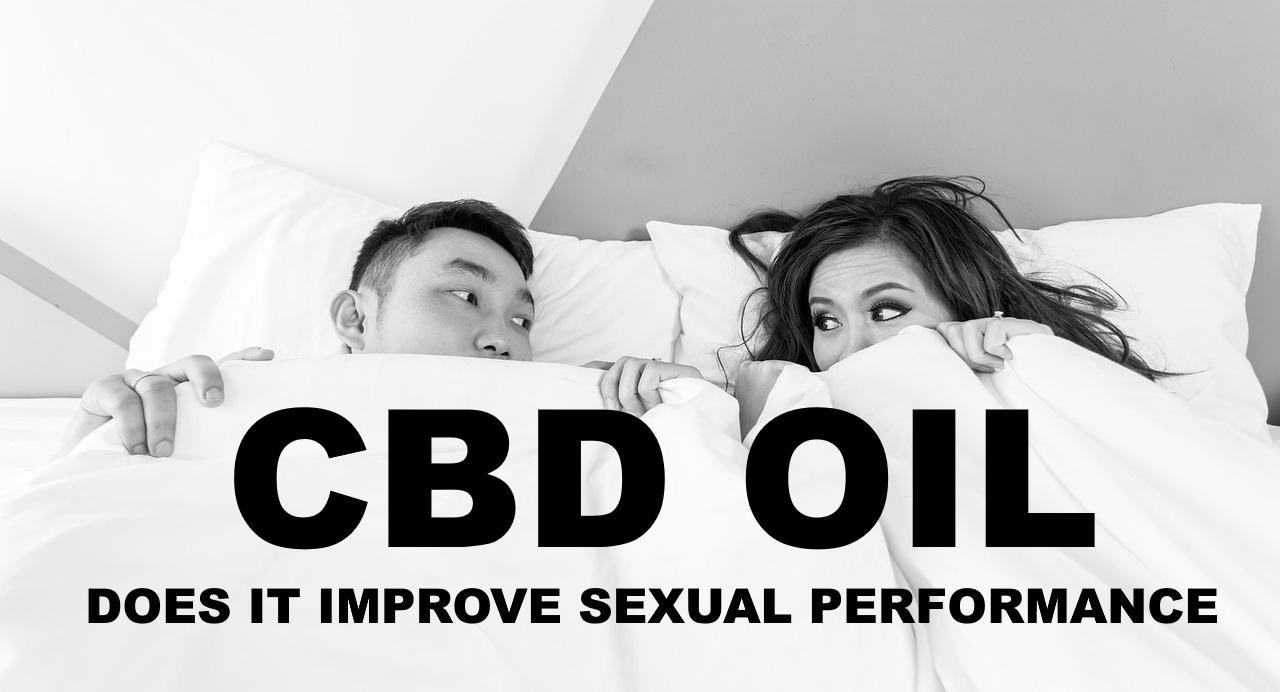 Every couple wants to have pleasurable interludes under the sheets. Humans are sexual in nature and therefore they desire sex. Quality sex leads to better intimacy. What is distressing is when the sexual functions are suddenly disrupted. The disturbances can stem from psychological, hormonal, and neurophysiological factors.

Sex is an important aspect of any relationship. But in cases where the male partner is unable to perform in the bedroom, it could put a strain to an otherwise healthy cohabitation. Sexual performance problems can crush the male partner’s confidence and be a turn-off for the excited sexual mate.

The three main problems men face that could affect sexual performance is as follows: low sex drive, premature ejaculation, and erectile dysfunction. Low sex drive more often is caused by problems not physical in nature. Once solved, the male regains the normal sex drive. On the other hand, premature ejaculation could be the result of overexcitement and hopefully, it’s just that. It becomes a serious problem if the incidence is frequent and repetitive. Performance anxiety issues could also ensue.

Let us concentrate on erectile dysfunction now and see why it destroys the male machismo and leaves women dejected. Erectile dysfunction and premature ejaculation are somehow linked together since the two impacts on the male penis. It would be a double disaster for couples in case the man has both.

At any rate, erectile dysfunction is the inability of the male to produce and sustain an erection that would ensure pleasing vaginal penetration until climax is achieved. If the male “dick” is soft and isn’t as sturdy as it should be, then the actual act of sexual intercourse can’t be carried out at all.

Erectile dysfunction, in a way, is a cruel punishment for men. The male species is almost always pre-occupied with sex. That is the mindset of the majority. Unlike the female gender, men seek out sex more often than not.

That is why sexual arousal in men is spontaneous and more frequent. Erectile dysfunction can take away that predatory nature. And when sexual performance is challenged, it saps the energy and vigor of the male species which is unfortunate.

Sex or erection for that matter wouldn’t be possible if you’re suffering from diabetes, kidney ailment, and other health issues. Your vital sex triggers could be affected when your nervous system is disrupted due to stroke, Alzheimer’s disease, Parkinson’s disease, multiple sclerosis among others.

Post-surgery, injuries high blood pressure, high cholesterol level, blocked arteries and also make it difficult to set the tone for sex difficult. All the things mentioned are among the most common causes of erectile dysfunction. And all of them, except if it’s permanent disability, will hold in abeyance your sex drive until medical treatment or recovery is fully-completed.

It is absolutely understandable that erection is unachievable and sex is impossible when you suffer from medical conditions. Regaining the zeal t have sex will take time. However, anxiety, depression, and stress other psychological issues could also bring about erectile dysfunction.

But if the problem is simply the difficulty to achieve penis erection, phosphodiesterase-5 (PDE5) inhibitors are prescribed for sexual stimulation and somehow treat erectile dysfunction or impotence. Viagra and Cialis are the popular oral drugs that when taken prior to sexual activity can prompt and sustain an erection for hours.

What PDE5 inhibitors do to your system is to help deliver more blood into the penis and swell it up. Caution is advised when taking this drug class because of the accompanying side effects like facial flushing or redness, diarrhea headaches, nausea, and upset stomach among them.

Hence, if the reason for the erectile dysfunction is psychological in nature not medical, natural aphrodisiacs that stimulate sexual desire and increase arousal might prove to be better and effective cures.

CBD as the alternative to resolving erectile dysfunction

CBD’s surge in popularity as one of the most powerful natural medicines is incredible. Its ability to treat mental problems like anxiety and depression is well documented. Thus, if brought into the sexual context, does it mean that your problem of erectile dysfunction is finally solved? You can view popular CBD brands here.

If you carefully analyze the psychological reasons namely stress, anxiety, and depression as the root causes of erectile dysfunction, you would arrive at a conclusion that the problem is solved.

For one, CBD products are a known relaxant to relieve stressed bodies. When you’re stress-free, then you improve your chances of getting it up and have uninterrupted sex.

Next is getting rid of the anxiety which is often the hindrance to sexual stimulation.  CBD has the ability to enhance one’s sexual function and balance the body’s hormonal systems. Thus, you have nothing to fear about sexual performance. Your partner will surely enjoy the sexual encounter.